So, what is Pickleball?

Are you behind on the latest sports craze? Well it’s time to get in-the-know. Pickleball is taking over the US, so here’s lowdown about this new tennis-type game. 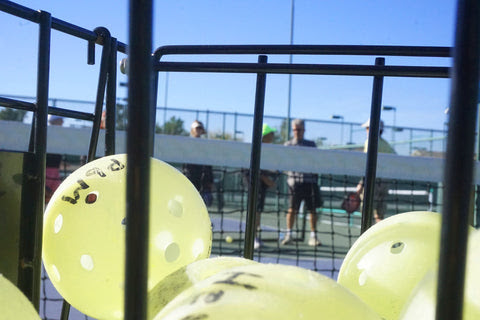 Pickleball is currently the #1 fastest growing sport for adults 40 and over. It’s been a life changer for a lot of people who've played tennis or racquet ball, but can no longer can play those games due to knee, elbow and shoulder injuries. Pickleball has been a great game to resort to and stay active.

"In my mind, this is going to be the game that keeps older people going. When you get older, you still want to be active, but your friends may not play anymore, or you don’t want to be the oldest one out there, and you want to be able to carry your weight; pickle ball is perfect for this," claims Sandy Don from the Tucson Racquet and Fitness Club.

It’s drop-in, so you just kind of show up and play with whoever is there. Now you can still plan and arrange your own games; that’s always available. The game is so neat because you can play with such a wide variety of people. On certain days we hold round robin tournaments, where you’ll have a chance to play with everyone who shows up. The various types of games give you different options and something to strive for.

"We have young people from their mid twenties to thirties to a 92-year-old who plays with us regularly," says Sandy. "It’s become a bond, a family, you know a pickle ball family!"

How does Pickleball differ from tennis and racquetball? 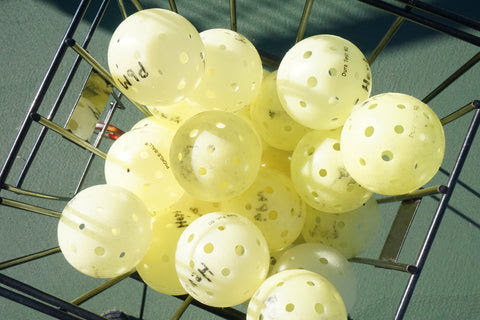 First off, you play with a wiffle ball; it’s got holes in it and it's larger than tennis and racquet balls. The paddles are like the ones that you use in racquetball: composite paddles. 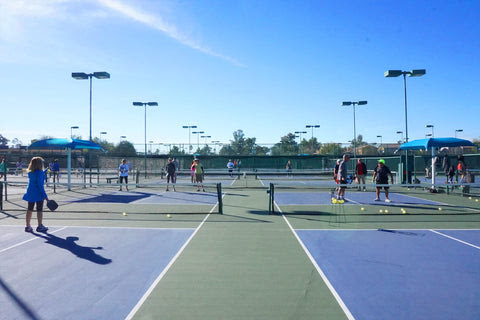 Secondly, the court size is much smaller. One tennis court houses four pickleball courts. Two per half to give you four. Generally speaking you play doubles, so it’s easier on the knees. We’re finding that young people enjoy playing singles and are extremely competitive. So it’s cool that there’s such a range, and it’s a game that you can play for so long into your years because it’s not as demanding as tennis.

"It has been around awhile, but yes it’s just blowing up within the past 5 years," Sandy says.

How did Pickleball get it's name?

"The story goes: there was a gentleman playing somewhere in the midwest and he had a dog named pickles, so when the ball went off the court, he said pickles go get the ball!" claims Sandy.

After doing a bit of research, I found that the dog Pickles did exist, but only after the game was created. The following was found in an article "The Doggone Lies About Pickleball", written by Tristan Baurick, January 16, 2009.

"Frank Pritchard, another of Joel Pritchard’s kids, said the name may have come from his mother, Joan, who was a competitive rower on the island. She sometimes referred to the ‘pickle boat,’ the slowest vessel in a race. 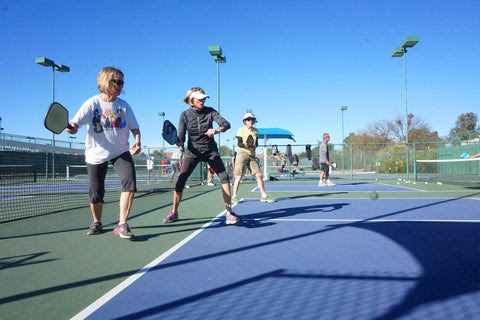 So, just come out and try it! It’s an extremely fun sport and the fact that it’s drop in give you so many options about how long you wanna play, along with getting to meet so many people that you would have never met before. You will get addicted, I promise.